Wait, what? Did I miss something? 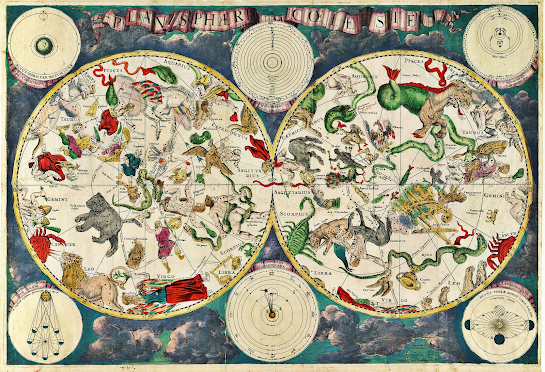 Uhhhh. So, I had a work thing all day yesterday and sort of forgot about the game. How did it all turn out? I assume everybody had fun and shook hands?

I see Grabia finally popped up to make both sides feel good by shouting obscenities in a southerly direction and then flipping off YEG by predicting that the Oil would get swept by the Avs. Nice to see you again, Andy!

Anyway, I'm pleased as hell that the Oilers won. McDavid is extraordinary. And to my untutored eye he took a leap this year from being primarily an open-ice terror to now being the kind of player who is petrifying for opposing fans to watch every second he's on the ice. Those in-tight spins are just soul-crushing for defensemen.

Obviously I feel a little bit badly for my old friend Matt Fenwick. Not only did his team lose ... again ... but he is moving down to Calgary just in time to be immersed in what will likely be an entire spring/summer's media coverage of "How do we Fix the Falmes?".  Dispiriting, I'm sure.

Speaking of media coverage, Fenwick already noticed that after a decade-plus of not doing this hockey blogging thing that there have been some changes in the world. I'd also add that I'm glad I'm no longer a full-time blogger.  Too much pressure to post timely content for our . . . .uhhhh. . .  5 regular readers?

So, that's it. Now that the Battle of Alberta has returned itself its proper, natural state, I don't think I'm needed any longer. It was fun to get back on here and see everyone again. You know who you are. See you in another decade after Calgary wastes the talent of the 2nd best team in the Pacific Division by trying to get bigger or tougher or whatever mistake they'll make during this spring's navel-gazing.


If the Flames are looking for a new entrance song the Beastie Boys have a classic that works. Starts with a pretty menacing G# power chord that really should really “kick it” off.