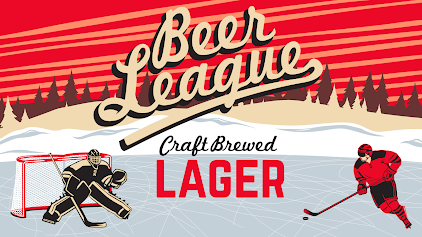 Ha ha. Well, that was ridiculous. On balance, Fenwick's series predictions were pretty much bang-on: a goaltending correction on both sides of the ice, with Bad Smith being worse than Bad Markstrom; Tkachuk being both effective and the kind of absolute PITA that only a father, a brother, and a dipshit homer could love; an early lead, and ultimately a convincing Flames win.

Sure, there was a brief glimmer of hope for the Oil at the end of the second and beginning of the third, but honestly, not as much hope as the scoreboard might have suggested. There's probably some sort of silver lining in there somewhere for the Oil if you squint and are willing to accept nickel as an acceptable substitute for silver . . . but I'm having a hard time seeing it. The Oil were just not very good anywhere on the ice.

Sadly, that's also probably not the kind of convincing win that leads to a fat & happy Flames team riding the momentum and so taking their foot off the gas. Judging from the look of absolute disgust on Sutter's face, he probably had them running stairs in the arena for two hours after the end of the game as punishment for all the missed assignments.

Anyway, despite the loss, downtown Edmonton was still hopping in a way that hasn't been seen in quite some time . . . .so that's fun, right?  Right?  RIGHT?


Guess we're ready to take nickel for silver.
And with a prayer and some tricks, maybe it will shine like gold.


Is there a way I can subscribe to get notified when new posts go up?


The silver lining is that the Flames surrendered two separate three-goal leads and the Flames looked very beatable. If Smith hadn't let in two goals within the first minute then the end result could have been different*.

Now I expect both teams to be better defensively going forwards.


Oh, Chris! Of course there is. We are still running technology from 2006 over here, and that's from the era when they built things to last. You still have a myYahoo account, right? Netvibes? Bloglines? Speaking of which - thrilled to see your birthday cat was preserved.


Thanks Sacamano! Just let me dust off the old Feedly account, which I can only assume is owned by something evil now. The list of supported products for Feedburner is truly hilarious. It's 2009 all over again here and I love it!

And yes, I was also pleased to see the entirety of my online persona has been preserved in amber by Blogspot, unspoiled by the relentless, cruel march of time.