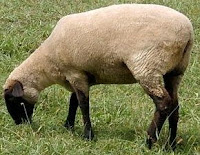 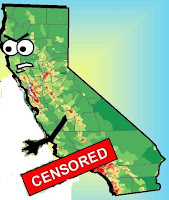 It's my first and last attempt at Earl-style MSPaint comedy. You're welcome!

Flames @ Kings, 830PM MT, RSN West. So in mid-January, the Kings finally moved into the road portion of their sked, after playing the large majority of the first 3+ months at home. Curtains, shurely. 8 of their last 9 have been on the road (with the 1 home game being vs. Chicago), and their ugly record is... 7-1-1.

I'm inclined to look at that as payback for earlier in the season, when their results probably weren't quite as good as they should have been. I think they are what the standings say they are: a good-but-not-great, playoff bubble team. They've had some decent contributions from their rookies, some substantial improvement from their other young players, and -- though I'm always hesitant to quantify this -- what must be some excellent coaching.

And since the Flames have been playing like a bubble team in their last 10-ish games, it should be a close one. Calgary 3 (Moss, Cammalleri, Phaneuf in OT), Los Angeles 2 (Kopitar & O'Sullivan). Go Flames.


The Kings have been battling the flu this week, so I don't think the back-to-back thing is going to hurt you that much tonight.

Quick's in goal and he's been a godsend these past few weeks.

Oh, and doesn't Dion Phaneuf look like Chongo, the dickhead older brother in Detroit Rock City? Maybe it's just me.


So I was listening to the Big Show on the way to school today (hooray for 2 PM engineering labs), and I think it was Pat Steinberg who insisted that the Flames absolutely had to start Kiprusoff in order to counter the fact that they were 1-6-1 in the latter half of B2Bs. This was stated repeatedly.

And I'm thinking, how many of those B2Bs have seen Kiprusoff start both halves? Is it not possible that that's part of the problem? Maybe it's just me, but as I've written before, the science says that it's possible. I say this only because much as I hate to admit it, I kind of need you guys to win a few, now that the Kings are sneaking back into this shit. (In fact, I would totally be okay with the Flames winning four in a row, starting tonight, and six of their next seven.)

Oh, and doesn't Dion Phaneuf look like Chongo, the dickhead older brother in Detroit Rock City? Maybe it's just me.

I see Phaneuf and I see the dog from that one Far Side cartoon.


It's my first and last attempt at Earl-style MSPaint comedy.

Yeah, I remember the first time I said that. :)


Murray's been an excellent hire. The Kings' defensive play compared to a year ago, well, there's no comparison.

Looking at that blueline going in, I figured they'd easily be at the bottom with the Blues.


Doogie: now *that's* a photoshop. Beauty. Can I post that on the main page (with a link, natch)?

Rudy: Detroit Rock City? That might be the least gay pop culture reference you've ever made...

Earl: I am so inept (and unimaginative, and short on time) that there's absolutely no danger in me stealing your schtick. :P ("Look! It's the state of California and a sheep in adjacent pictures!")

and Mirtle: it really is absolutely shocking that the Kings are any good. They don't have a single above-average veteran player, unless you count Frolov. Imagine if you switched Kyle Calder with Martin Havlat.


No one told me Miika Kiprusoff was back.


Yeah, that was unexpected. Two nights in a row.

Unfortunately, it appears that he and Iginla only have one mojo between the two of them.


("Look! It's the state of California and a sheep in adjacent pictures!")

Maybe I've just got a sick imagination, but when you make me mentally put those two images together, I think it makes a bigger impact.

I'm appalled, but definitely need to look more into this juxtaposed image technique.


@Matt: Go nuts. It was actually MSPaint and an inadvertent conversion to greyscale, but it worked.