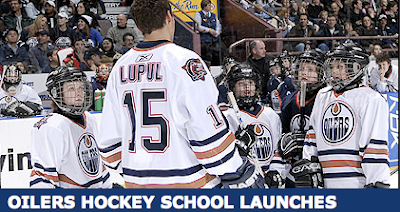 So who is teaching who here, exactly?

Kids: Okay, Joff. Now on this drill we need you to actually skate into the corner and get the puck.
Zoolander: Moisture is the essence of wetness, and wetness is the essence of beauty.
Kids: Goddammit, Lupul! Are you even listening to what we are saying!?

Zoolander: Here at the Joffrey Zoolander School For Children Who Can't Play Hockey Good And Wanna Learn To Do Other Stuff Good Too, we teach you that there's more to life than being really, really good looking.

Zoolander: What is this? A hockey school for ants? How can we be expected to teach children to learn how to not backcheck... if they can't even fit inside the building?
Contracter: Joffrey, this is just a small...
Zoolander:I don't wanna hear your excuses! The building has to be at least... three times bigger than this!


I would go to that school if Billy Zane made an appearance.


Grabia, I bet you're praying for a spontaneous gasoline fight...maybe one including Lupul and a few of the Oilers upper management types?


Grabia, I bet you're praying for a spontaneous gasoline fight...maybe one including Lupul and a few of the Oilers upper management types?

"Kevin, Pat, and Nichols were like brothers to me. And when I say brother, I don't mean, like, an actual brother, but I mean it like the way black people use it. Which is more meaningful I think."


Who's winning the match?

I think I'm getting the black lung Pop. It's not very well ventilated down there. Aee. Aee. Aee.


Ahem. Joffrey Lupul is a Mer-MAN thankyou very much.


Jesus Alex, use a period once in awhile. Maybe throw in a phrase or two we didn't see before the last comma too.


It's from Zoolander, LT. I also used it when I first coined the nickname.


Maybe LT would know that if he was really, really ridiculously good looking like the rest of us.


I just giggled to myself over this. And sadly part of me felt a little jealous that I was in the right age bracket but in the wrong place.


You know I've seen that movie like 5 times and don't recall that passage at all.

Now if this thread referenced The Crying Game.....


Heh, the Crying Game. I went with a buddy of mine who didn't know the "secret"; he screamed when it was revealed.

Ita true though, I believe Andy has said a number of times how much he enjoyed the crying game.

Fuck Lupul by the way.

There was an actual criticism of him in the paper yesterday though.

There was an actual criticism of him in the paper yesterday though.

Indeed there was. In a story by John McKinnon. I linked to it in the previous post.

Seems like a strangely apposite reference for a Oiler blog at the moment.

"One day soon I'm going tell the moon about Cherepanov..."