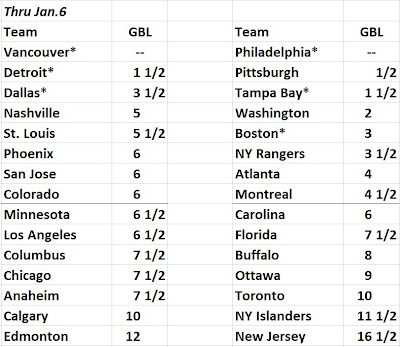 
The Oilers, I note, were a near playoff team in terms of the final standings in 2008 and 2009, and were in playoff contention prior to the Smyth trade in 2007 at the deadline.

2010 is the first year we sucked royally, thanks to tooling up for a stronger playoff run the preceding summer (to be fair, injuries made us much worse, but a 4 and soon 5 year track record starts to make excuses look like just excuses).


The 2008 team was wildly lucky in terms of getting shootout games and winning them. It was a junk team that went on a run.

As for the 2009 team, my recollection is that we all knew the schedule was coming. If there was some way to check out Lowetide's site, I'd go back and find it but I seem to recall basically predicting what would happen in February. The end of the season was nuts.

In retrospect, the whole thing was kind of a testament to MacT's skills as a coach, given what happened once we installed a role the lines guy.