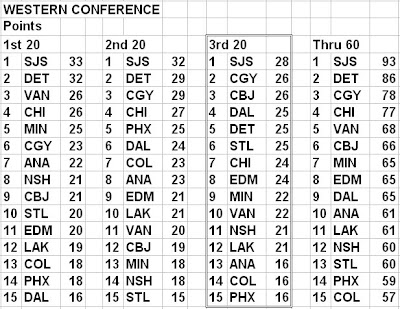 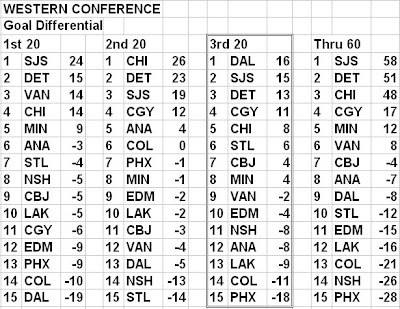 Not much that's surprising in the Q3 WC results. We see just how much ground the Ducks lost to their fellow residents of the bubble (and why the Coyotes plummeted down the standings). We also see that even having slipped by both measures from Q1 to Q2 to Q3, the Sharks are still the best team in the conference. 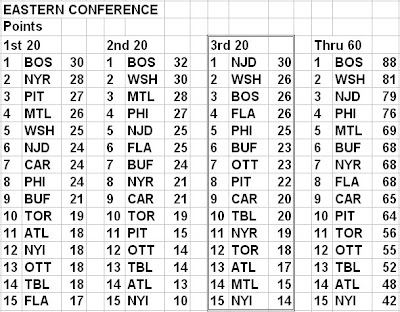 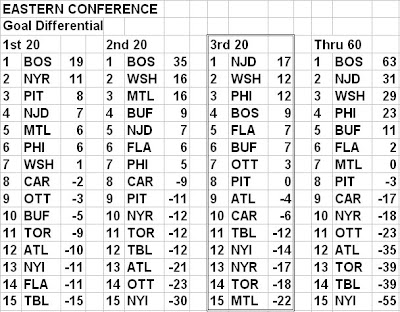 The Devils have been playing like the best team in the East. The Habs' lousy results were bought & paid for with their inability to score and prevent goals. And the Rags are probably fortunate that they didn't fall even further, though that 10-2 L to the Stars pollutes their G.D. pretty badly.


Calgary has played like world-beaters through the 2nd and 3rd Q's. Shame for the awful showing in the first Q, but I have confidence they will continue their solid play on into the fourth Q.

Don't worry...kids are influenced more by their parent (if they are hard core) than their peers.

Recently at a Sports/Med conference in Red Deer where Theo was the guest. He related how his Grandpa was so pissed off that Calgary won against the Habs that he ripped the phone off the wall...and Theo was OK with that. Bandwagoner jumpers are the worst. Stick with the Flames (poor choice but...)!!