In general, short single-digit suspensions are seen as slaps on the wrist. This will require a message and usually a message is in the 10-to 20-game range.

Oh, good grief. My present position is that, while it often leaves much to be desired, Colin Campbell's Best Judgement is less worse than alternative (more formulaic) schemes for supplementary discipline. But if Sean Avery is suspended for 10 games, I'll have to reconsider.

As I argued in the comments to the previous post, I think the NHL's initial action was unimpeachable. Avery pretty much hit all 6 numbers plus the Powerball, what with his comments being (lamely) staged, and vulgar, and insulting to someone outside the hockey biz, and designed in part to stir something up in that night's game. The "bad part" wasn't any one element; it was all of it together. I don't think it sets a bad or unfortunate precedent.

Some smart hockey bloggers, most notably Matt fave Puck Daddy, have made some arguments that I don't think hold up -- or at least, they didn't yesterday. But if Avery is given a suspension longer than "Time Served", then this is no longer the equivalent of smacking him in the nose with a rolled-up newspaper, and Wyshynski is right on the money with a lot of it. Principally, where the hell are the NHL's priorities when crippling someone with an illegal hit draws 3 games, but making a tasteless joke in front of TSN cameras, well, that's serious. As well as the issues of whether he's being picked on because he's an annoying jackass, and whether the league is doing the Stars' dirty work, setting him up for a fight over his contract.

I sincerely hope that the league dresses him down and leaves it at that; that Avery and the Stars can either kiss and make up or work out a trade; and that Avery learns to check himself a lot better. Developing... 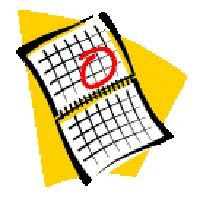 Only one more sleep until the BoA/FHF meetup at Schanks North! Come one come all. I trust that Leanne is surviving exams and that walkinvisible can make it out. Not sure if Subversive's schedule will mesh with the 'wife delivering their baby' thing, but we hope to see him there. For Oiler fans, Doogie is in and we may have a special surprise guest.

My problem with most of the neigh-sayers in this (especially Greg's post at "Puck Daddy") is that Avery's sin wasn't necessarily what he said, (we all know far, far worse is said on the ice) but that he called a press conference to do it.

If you or I went to work, phoned up TSN to ensure they had camera's there because we were going to do something outrageous (as Avery did) and then slagged an ex-girlfriend on national television do you not think a suspension would be the least of our worries?

We're used to cutting players slack because they get off the ice, get microphones stuck in their faces, and sometimes say stupid things - but this isn't a slip-up during a routine interview. This was a guy who gathered up all the press he could find, and clearly intended to create a controversy.

I actually find Avery more entertaining than not most of the time (just thankful he doesn't play for our side), but I don't have a problem with the league sending a message in this case - I think it's a completely different issue than typically surrounds most league disciplinary action (most players are smart enough not to call their own ad-hoc press conferences).


I actually wonder if Avery had some sort of unpublicized "three strikes" policy going with the league (on which his comments the other day would have been #3) - since the Modano outburst he'd been suspiciously well-behaved.

But then, such a policy is exactly the kind of the thing the league would publicize


I just sad to see Avery's antics:
a. Get so much publicity, feeding the attention-starved mook's ego, and
b. seemingly trying to insert a WWF (or WWE, whatever the wrestling soap opera is called nowadays) Villain aspect into the game. Since when did Vince McMahon take over the league?

He's a good hockey player, too bad he's such a mouth-breather.


Brad, I think you're right: if he had said the exact same thing away from the rink, in Dallas or LA or NY, to a TMZ crew that accosted him coming out of a restaurant, it might warrant a reprimand but it wouldn't be suspension worthy. Likewise, if he had just "my ex-es" instead of "my sloppy seconds".

If the league extends the suspension, I think it's a PR disaster, a labour relations disaster, and just plain unfair and ill-considered. The league sent a message. It's sent. Now move on.


The league sent a message. It's sent. Now move on.

Also, if the league could also spell out the message a bit more clearly for us slow-in-the-head types, that would be cool, too.

What will future microphone-suspensions be based on? Whether or not a person is Sean Avery? The circumstances around who calls for a camera to get turned on? The general mood of commissioner Bettman?

Somehow that part of the message is still very cloudy to me.


I think the message is, "don't call a press conference after the morning skate to remind the world that you nailed your opponent's girlfriend last year." As Matt noted in the other comment thread, there's five or six flags raised here, and that's probably two or three more than the NHL is prepared to tolerate.

I was gonna guess Martin Gelinas, but he's not in town anymore after all.


According to the local radio Avery has been removed from the Stars' website, lock stock and barrel.

If true, I would say they are planning on trying to cut him loose completely (ie/ get out of their contract with him)


A last-place hockey team trying to make their abortion of a season look like This Guy's Fault.

Watching Dave Tippett throw Avery under the bus was basically the highlight of my day yesterday, I have to admit, but is he really fooling anybody?

Let me stress the "may have", but it rhymes with Crackamano.

Sometimes Perry Berezan sits in on the FAN's pregame/hot stove; if he's there, perhaps we can get him to regale us with the tale of him scoring the goal to knock out the Oilers in '86.


if perry berezan even so much as acknowledges our table, you'll have a stammering, blushing broad on your hands.... i've had a bit of a crush on the former #21 since '85...


Wow. Battle of Alberta has a woman who posts here? I thought LT is the leader with two women who post at his site but that's impressive.

Re: Crackamano. I recommend that people tell him that global warming is fictitious. I told him that when I met him and he looked at me like I was insane.


Anyone else think Eric D's getting way too much pleasure out of this?


if perry berezan even so much as acknowledges our table, you'll have a stammering, blushing broad on your hands.... i've had a bit of a crush on the former #21 since '85...

I didn't know women referred to themselves as broads. Somewhere, an overly educated post-graduate co-ed just lost her wings.

When I first read that I thought Schanks North was Edmonton. Then I remembered my bad old days in Calgary (that drunken blur)


I didn't know women referred to themselves as broads


Well, I might make it. My wife gave birth on Monday, so we'll see how our 20 month old is doing, and how the newborn is doing around 5pm tomorrow. If it's all going well, then I'll show up. If not, then I'll be at home.


I'm sorry I can't make it to BoA night at Skanks. I'll be with you guys in spirit. Especially once the Flames win.

Off topic here, but does anyone know a good website where I can find HNIC online. My version of NHL Center Ice here in Boston doesn't get the CBC Saturday night games, and the cbc.ca feed does not work on this side of the border.

Watch all the sports you want. I got the link from someone on Lowetide.

The Avery incident has me wondering whether hockey is actually played by men in hockey pants or a bunch of crybabies in skirts.

OK, he's a shnook, his teammates hate him/have found a convenient scapegoat, and the Stars are looking to dump him in a hockey backwater so they can get out from under his contract.

But for the league, whose prime spokesmascot is currently pimping his 20th anniversary celebration of assault & battery, to be contemplating suspending a player for uttering two words, much less "sloppy seconds," is one giant motherfukn headscratcher.

Only in a world where citizens allow things like Human Rights Tribunals to exist could spewing words be more punishable than throwing elbow smashes.

The whole sordid affair has an Alice in Wonderland feel to it.

If the hypocritical media could slow its fake outrage for a moment, they'd figure out that avoiding sticking a blinking red light or a microphone in Avery's grill would go a long way to solving the "problem."

It seems too obvious to point out that we, as consumers, could easily avoid Avery by simply muting the TV or changing the radio dial when he comes on.

And the Tom Hicks of the world could avoid these issues if they stopped handing out $16M contracts to certifiable douchebags.

I never thought I'd live long enough to say it, but Glen Sather comes out of this looking like a genius.

/I'll be over in the corner eating a bullet.


Say hi to "Crackamano" for me.

I miss the big guy.

And do ask him about Global Warming, I forgot about that. That was pretty funny.

The whole sordid affair has an Alice in Wonderland feel to it.


I'm not particularly interested in this latest Avery fuss, but damn, that's a funny comment. There is truth in that methinks.

Alice asked, 'What does "detrimental to the league and the game of hockey?" mean exactly?

"When I use a word," Gary said, in rather a scornful tone, "it means just what I choose it to mean -- neither more nor less."

"The question is," said Alice, "whether you CAN make words mean so many different things."

"The question is" said Gary "which is to be master - that's all."


If the hypocritical media could slow its fake outrage for a moment, they'd figure out that avoiding sticking a blinking red light or a microphone in Avery's grill would go a long way to solving the "problem."

MacLean gave lip service to the media's complicity in the evolution of Avery on Thursday's HNIC, but really, could they have avoid it? There will always be someone who decides to go for the ratings over good sense/taste, so everyone just sort of goes along with it. Right or wrong, that's the nature of the media these days.

Makes me think less of Alice In Wonderland and more of Don Henley's "Dirty Laundry."