It's sad and it's sweet and I knew it complete

Do I care about the Oilers? Yes. If I didn't, I wouldn't be talking about them all the bloody time. Are they wearing me out, though? Hell, yes. So, instead of ranting about how my favorite hockey team is making me doubt the existence of God, and, because it's New Year's Eve, I thought I'd focus on another subject: my plan to create the single greatest piano-rock mix ever made. 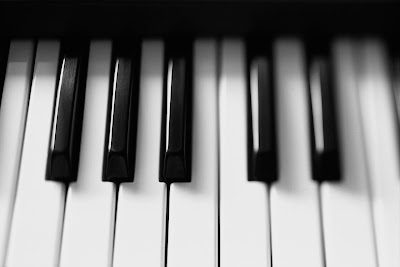 I've already put in a bunch of groundwork. I have a PhD. in Rock Chemistry from BSU (Bon Scott University), so it's no surprise that I'm moving quickly. I rifled through my cds and iTunes files today, and came up with an early, and I believe extensive, list. It looks like this:

Rock aficionados will notice the presence of other keyboard instruments in the list. The clavinet, organ, harpsichord and synthesizer are all represented. But I've narrowed this list down to a first draft of a mix, which is 75 minutes long, and features only piano songs. It looks like this:

I'm going to tinker with that mix. It's close, but not perfect. I'm eager to chat about three things: a) songs that are missing from the overall list, and why they should be included; b) songs that should make my final mix; c) your own final mix list, which must come in at under 80 minutes. As a bonus, here's video of Ben Folds performing "Tiny Dancer", Zevon doing "Werewolves", the air synthesizer in the "Separate Ways" video, and the late, great John Candy doing the Mess Around. Happy New Year's, everybody!


I have no aversion to putting it in the mix now if it rocks. I'll take a listen.


I think you need to complete the classic Gunners trilogy...wither Estranged and Don't Cry...and Civil War for that matter

no love for Baba O'Riley?

something from R.E.M, nightswimming maybe?

some Bob Wiseman era Blue Rodeo, such as Diamond Mine?


some Bob Wiseman era Blue Rodeo, such as Diamond Mine?

"Trust Yourself" is on the list. "Nightswimming" is an excellent suggestion. "Baba O'Riley," too.


The presence of Journey on any list besides "Worst band ever" makes me retch.


How about Funeral For A Friend/Love Lies Bleeding by Elton John.


I may spend my evening looking up as many of these as I can on YouTube. Awesome list.


You need Jungleland by Bruce Springsteen. Not only is that his masterpiece, but the piano is really prominent, especially at the beginning and end.


Jungleland is a beauty, and should be on the list, but I consider Thunder Road to be his masterpiece.


Andy, if you haven't come across this yet, check it out: http://www.cbc.ca/thehour/blog/drop.html

They've also got a link to a site devoted exclusively to the mix tape. Should be right up your alley...


You need to keep Neil Young on there, and probably should give R.E.M. a spot. Then again, it's your mix not mine.