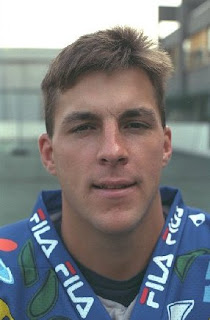 The Flames host the Walz-less Wild tonight at the 'Dome (730PM MT, RSN West). Also, the Groin Brothers are having troubles with -- wait for it -- their groins; Demitra didn't even come with the Wild on this road trip, while Gaborik is apparently a game-time decision.

Any idea what's up with Walz? I've followed him since he was a Calgary North Star (scored the tournament-winning goal at the Mac's Midget, IIRC), and he's presently on an indefinite leave of absence from the Wild. I read a statement somewhere from their front office that said it was not health or family related. I am certainly not speculating, but I know what *I* think of when I hear that, and it relates to what Theoren Fleury was talking about on After Hours Saturday night.

I suppose the good news is that improvement in basically ANY category will get the Flames back up to a modest level of success. If they can get their 5v5 scoring mojo back and improve the PK at the same time, they'll be off to the races, and early November will be a mere nightmare in their rear view mirror (take that, guy whose pet peeve is mixed metaphors!).

That's a really good point. I'd never even thought of that. It should actually read, "the Flames are in the midst of a 10-game losing streak."


Well, you're right about the Phaneuf goal so far.


Three goals by a Flames Draft Choice in the same game? Wow, I think that's setting yourself up for disappointment.

Outside of Ugly's contribution, if you get three goals a Month from one of your picks, that's boffo business.


Come to think of it, they probably should be. The best description of Nieuwendyk-for-Iginla I've ever heard is "In the entire history of professional sport, you would be hard-pressed to find a better example of the archetypal 'trade that both sides won'.".

If Iginla isn't already looking like he's better than a #11 pick by December, the Flames don't make that deal. The fact that two weeks later he looked SO much better that the Stars wouldn't have made the deal isn't really to their.


...shame and discredit. After all, they have won one more Cup than the Flames since then.

Regher had a good game, too ... reading this site I had expected him to get suspended for 300 games or so -- I had not expected him to play till 2010-ish ... or maybe it was just one of those bad hits that should have been a major and wasn't.


He did have a pretty good game. So did Lombardi, again.

4 Flames forwards w/ less than 10:00 TOI, that seems like something that can't go on indefinitely. Not that Iginla/Tanguay can't take that many shifts, more that, if Mr.X isn't performing well enough to earn 10 mins a night, might be time to try out Mr. Y.

As if my word verification just started with o-i-l...


Regehr's starting to turn it around. With apologies to our Oily friends here, I took Regehr's nastiness on Saturday night as a good sign.


that iginla goal was awesome. the lucky bounces are finally going the flames' way. reminds me of he old jordan/bird macdonald's commercials.

i think lombardi is an under-rated player, as is huselius. keenan should put them on the same line.