Adding to the work done at Covered in Oil and in Matt's post today, I want to throw my support behind CoI commentor Garnet's idea of giving Patrick Thoresen the nickname Magni Thoreson. Since in Norse mythology Magni is the "son" of "Thor", and we all spell Thoresen's name wrong anyway, I believe it is perfect. I mean, check out this pedigree and list of aptitudes:

Flight speed unrevealed, probably escape velocity? All the potential "Thundering Hit!" references? Sign me up! And look Alana, his stamina is superhuman. Squeeee!!!


• Let's start off with Magni. He looked like a veteran on a line with Pinto and Sykora. 3 assists, and over 14 minutes of ice time. And the guy went undrafted. Mindboggling.

• Shouldn't we start calling the Sykora-Magni-Pinto line the Oilers #1 line? 4 points for Sykora, 3 for Magni, and 3 for Pinto. The entire line made up the Molson Canadian Three Stars.

• The Pisani-Stoll-Torres combo looked solid, as well. Stoll and Torres both scored, and Pisani played his best game of the year. He didn't get any points, but he had his chances. If that line keeps playing that way, they are going to produce.

• Other than the brain-fart that allowed the Coyotes to score two goals, the Oilers controlled the play. The Coyotes actually played pretty well, but the outcome wasn't ever really in doubt.

• Mikhnov only played about 4 minutes. I looked at the shift chart near the end of the 3rd, and noticed he hadn't played since early in the 2nd. That didn't make any sense, especially since the Oile were up by three. No sooner had I checked, Traktor Boy was out on the ice. Turns out it was for about four seconds, then back on the bench. Damn you, MacT! Quit messing with my mind.

• Sportsnet showed a really interesting graphic during the game, highlighting the Oilers tendency to score in spurts this year. They scored two tonight in less than a minute. There was the three against San Jose in two minutes. And they've also done the same against the Canucks, the Avalanche and the Wings. I don't know whether it is a stat that reflects poorly on the team, or positively on the team, but I dont think it's insignificant. I need to track it all down, and have a look.

• Two for ten on the powerplay. Some great play, and some bad play. But the result is what matters. I guess. Pfft. 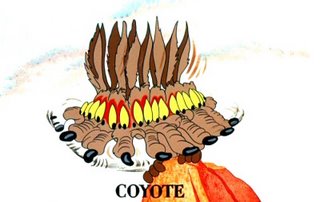 
That's what they're calling him in the locker room.
I prefer Magni because it doesn't sound like a 6-year-old came up with it á la the rest of the teams nicknames.


I'll get behind this if his full name is "Magni Thoresen, the Electric Norseman," with umlauts sprinkled throughout as the writer sees fit.


Thor, that's so creative the Poet (a.k.a. Ryan Smyth) might have come up with it. Magni Thoreson is great. Thor is so... plain.

And Ryan, The only reason they call Thoreson 'Thor' in the locker room is because 'Thoresonny' has too many syllables.


Thats the thing with nicknames. They have to be short or else roll of the tongue nice like hemmer. Superhuman Magni electric norseman thoresonny just wont work.

If the players/coaches want to call him Thor, that's their prerogative. Magni Thoreson seems to work in the written word just fine. With umlauts sprinkled throughout as the writer sees fit.

But how about we talk about the three assists. MacT said post-game "I don't know if we have a player that thinks the game positionally as well as [Magni Thoreson] does right now." Not having the luxury of Oiler TV broadcasts I was wondering what all you lucky SN West people have to say to that statement.

With all the Magni love you guys are going to jinx him like Dvo, stop it already, for the love all that is good and pure!

Also it seems that the Pisani jinx had some juice left over, since in his best game so far this season he still couldn't get a point. By next game he should be rolling again.


"Magni" sounds like the helpful robot from a shitty anime. And I'm not even gonna get into Matt's lameass shaggy-dog story (how did that go again? He did something with a flute at band camp?).


I nominate Thoresen for the Calder!


I wonder if Mikhnov's lack of playing time thus far has anything to do with the Oilers' predicting a cash settlement for his rights in lieu of the missing transfer agreement.

"See? This guy ain't no good, he's barely playing 5 minutes a game. We'll give you two top-of-the-line John Deere's with zamboni attachments and nothing more."


How's Thor playing? Well, in the third, he swooped between two Coyotes, snapped up a pass, and fired it over to Sykora for a quick goal. So...I'd say pretty damned good.


I heard two interviews with Sykora, who referred to Thoresen as (phonetically) "Tory".


"His stamina is superhuman"

Actually, your post says that his stamina is "Godlike."

Oops! But even better!