Tonight, at 8PM MST on HNIC, goes the 8th and final regular season installment of the Battle of Alberta. The Oilers need the win more than the Flames, and probably need to come out strong and/or score early to get the Edgy Rexall Fans onside. On the other hand, the Flames ought to be pretty dang far from philosophical about the whole thing. mc79hockey now has them as 99.1% to make the playoffs; I have to think a win, particularly in regulation, would bump that up to the 99.9%+ "range".

Amazingly, tonight's game has taken a distant second place on the Today's Excitement Scale, as the world has a brand new Oilers fan. 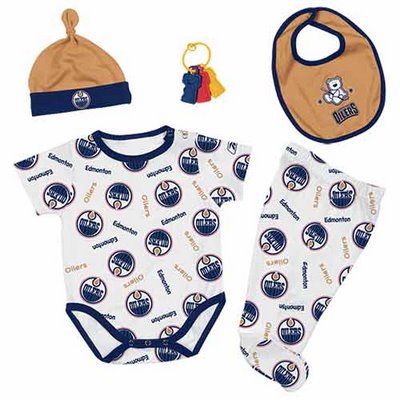 Bright and early this morning, one Little Miss Sacamano was born in Edmonton. Both she and Mrs. Sacamano are apparently doing well. Congratulations and good wishes can be left in the comments, if you desire. I'll start a separate thread for the hockey talk.


I don't have any children, so I'll have to take your word that the birth of a child is more exciting than a meaningful game in April between the Flames and the Oilers. Hard to believe though.


Congratulations! They truly are amazing and good luck saying no for the next twenty years.


I have some experience with this, mudcrutch. My 2nd son was born on the same night (1st intermission, roughly) as the Flames lost Game 3 to the Canucks in April '04, and I can say that I was at least 30% less upset than I would have been otherwise. 25-30%. :)


Sac, after coming home from watching a depressing Oilers loss, that really makes my day. Congratulations.


Congratulations! Important stuff, this parenthood, I'm sure you'll love it. And the place where you draw the line for "disgusting" ... it's gonna move. :D


Awesome news! Now you have an excuse to pick up those adorable small size jersey's at the superstore (I think I waited all of three weeks before I got my daughter one (G))

My dad bought my first born one of those cute little Oilers sleepers as some sort of a sick joke.

I had him prosecuted for child abuse.

Anyway, best of luck. Try to keep up with your sleep

Hey hey! Congratulations to you and your family, Sac!


Congratulations and best wishes to you and your family. Good luck and happiness to little miss.