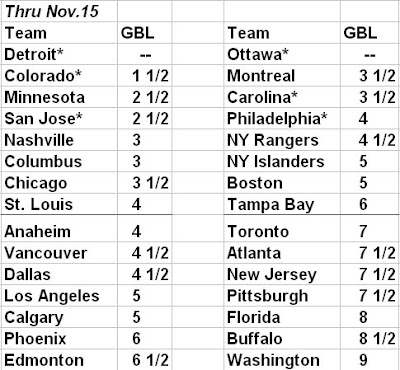 How about that. Ranked baseball-style (by Win%), the Western Conference has all 5 Norris teams in the playoffs, only two teams from the Smythe Division, and but one from the Silicone Tits Division. 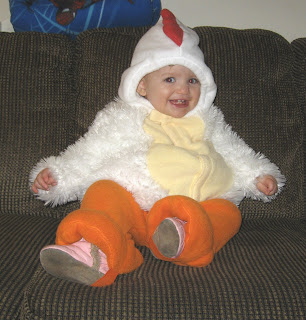 I'm heading up to Calgary this afternoon, as my baby chicken's first birthday is going to be celebrated at her paternal grandparents' compound in the Northwest.

I may get some smack up before tomorrow's game, or I may not. In today's Herald, Mike Keenan cleared up the goaltending situation for this weekend's back-to-back:

"It's not a priority as far as working one goalie in over another," said Keenan. "It's what Kiprusoff can handle, how you feel he can deal with situations that arise like this. Many goalies are capable of handling back-to-back games... It's not a concern of mine if we have to put in one of the younger goalies."

OK, I lied. No matter; the good guys are going to bring down the hammer at SkyRex. Go Flames.


Surely that comment is just gamesmanship from Keenan. Playing the backup against the Oilers is just the obvious thing to do here, no?


No... that's just what they'll be expecting us to do.


Other than the remaining BoA games of course, can we just fast forward to a Ottawa/Detroit SCF series instead of watching 5 more months of trap hockey? Please?